My investigation of food used in novels has led to Patricia Bradley’s Justice Betrayed. 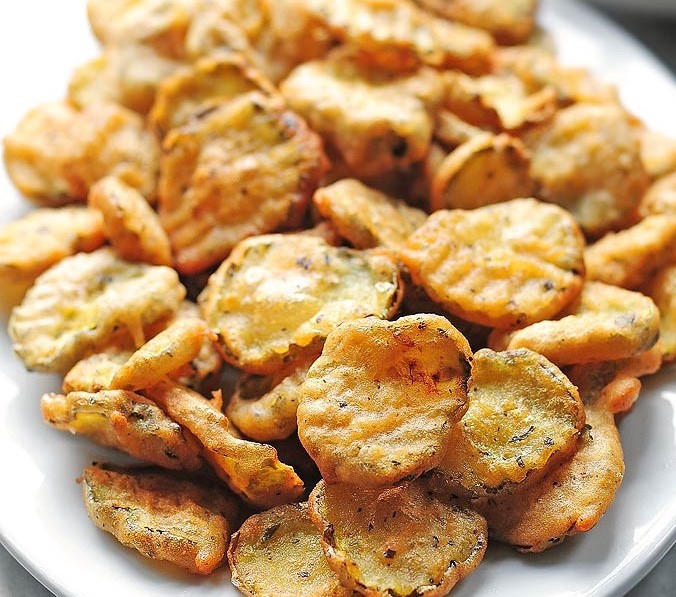 Taking place in Memphis, the story line  sends lead character Rachel Sloan to dinner with her father at Corky’s.   This restaurant  features great barbeque and the best fried pickles.

When Rachel crunched into that pickle, she had me tasting that crispy, tangy treat.

Fried pickles may sound strange, but it’s a southern thing. In the South ANYTHING is fair game for frying.

It’s Elvis Week in Memphis, and homicide Detective Rachel Sloan isn’t sure her day could get any stranger when aging Elvis impersonator Vic Vegas asks to see her. But when he produces a photo of her murdered mother with four Elvis impersonators–one of whom had also been murdered soon after the photo was taken–she’s forced to reevaluate. Is there some connection between the two unsolved cases? And could the recent break-in at Vic’s home be tied to his obsession with finding his friend’s killer?

When yet another person in the photo is murdered, Rachel suddenly has her hands full investigating three cases. Lieutenant Boone Callahan offers his help, but their checkered romantic past threatens to get in the way. Can they solve the cases before the murderer makes Rachel victim number four?

Why not fry up some pickles while reading Patricia Bradley’s Justice Betrayed?

Click on Investigatin’ Recipes above for a Fried Pickle recipe.