You have found the site of private investigator Sally Jo Pitts whose sleuthing and other experiences in working with all kinds of people has led to writing sweet romance and private investigator mysteries. You will find my books listed under the books tab, Romance Books and Mystery Books.

I delve into a variety of topics on the website. Currently, I am investigating food used in novels found under the Investigator’s Blog. Each post is accompanied by a recipe found under Investigatin’ Recipes.

Please subscribe below to keep up with the latest investigation news and receive a free short story! 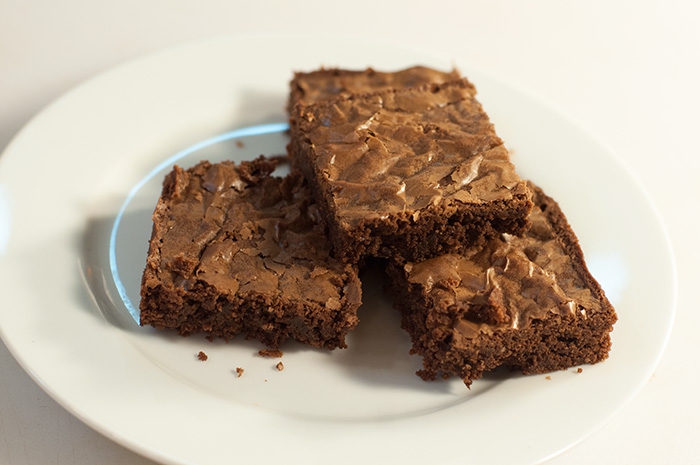 INVESTIGATING HOW TO FEED BODY, SOUL, AND SPIRIT

Recently my pastor discussed that people are a trichotomy—body (physical), soul (mind, will emotions), and spirit (spiritual).

Each element needs to be fed to flourish.

This idea inspired me to investigate ways to feed the body, soul and spirit.

Here are my suggestions for February:

I suggest baking brownies together. This is a delicious brownie recipe to complement this month’s food scene. It is made with the healthier almond butter and maple syrup and without flour. Click here for the recipe.

FOR THE SOUL (MIND, WILL AND EMOTIONS):

Read a cozy mystery with a food scene that complements the brownies (And Then There Were Crumbs by Eve Calder).

Trouble, like warm dough, is on the rise for pastry chef Kate McGuire. When her bakery owner boss is arrested for murder, she must come up with promotion ideas to keep the bakery open while searching for the real culprit who committed the crime.

Here’s a food scene from the book:

“The Cookie House is going to start baking cookies. All kinds of sweets, really. To spread the word, we’re sharing some samples with our friends and neighbors,” she said, presenting the gift box.

“Well, I certainly hope I qualify as both,” Harp said with an easy grin. He flipped open the box lid and inhaled deeply. “Oh my, these look truly superb! So good, in fact, they might become my lunch.”

“The dark ones are pecan brownie cookies. And the ones with powdered sugar are anise and almond. An old family recipe.”

“Oh, I love anise. Anything that tastes like licorice, really. I had a great-great-aunt who used to make anise cookies.” He picked one up and took a small bite. “Oh my, this really takes me back.”

FOR THE SPIRIT: A SCRIPTURE

Looking for a Winter Mystery to Read?

(Free on Kindle Unlimited or Audio trial, paperback on sale for $4.19!) 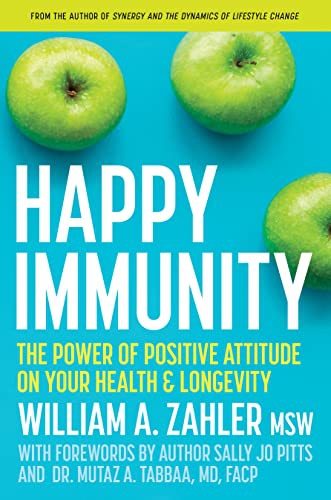 This month, in place of a novel food scene, I’m featuring William A. Zahler’s new book, Happy Immunity (that I wrote a foreward for) along with a quick and easy healthy recipe.

Below is a a list of some of the factors stressed by Zahler to build resiliency:

A sobering thought from Zahler:

“If  you are of a mind that you have ‘no time’ for healthy eating,

at some point you will be making time to attend to your illness.”

Here is a a healthy quick and easy food to try: 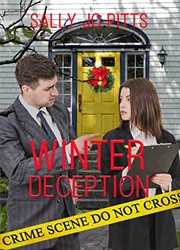 This month’s food scene and recipe comes from my Seasons of Mystery book #2, Winter Deception.

It’s Christmas time and Private Investigators Robert Grey and Jane Carson are attending a luncheon at the South Carolina antebellum estate, Topazus, with a group of contentious guests.

Here is the scene:

Attorney Berdanier, having drawn blood, launched a barb in a different direction. “As for the ring, Rita discovered it was missing. I merely reported it.” He clipped words at the end of his sentences.

Cameo, visibly shaken, tried to accept the dish but almost dropped it. Robert reached for the serving piece and held it for her.

Rita didn’t seem to notice Cameo’s near slip and continued talking. “This is my signature chicken with a special cranberry orange sauce,” she said with flair and returned to her seat.

“Not to brag, but I helped Mother perfect the seasoning on this dish.” James leaned to one side for Mary Sue to clear his plate and clasped his hands in bravo style. “Culinary dabbling is a hobby.”

“James did help me. A man that loves to cook will make a fine catch,” Rita said and sent a smile in Cameo’s direction.

Robert slid two chicken breasts onto his plate and breathed in the warm citrusy bouquet. The scent swirled around and mixed with his investigative juices. The questions of correct utensil use pestered him, but inquiries around mineral leasing, liabilities, and theft, drew him like a Bluetick Coonhound on a track.

Here is the special Topazus main dish from Winter Deception

Go to Investigatin’ Recipes under Investigator’s blog above or click here.

Christmas at the historical antebellum plantation could have provided a restful holiday … if it weren’t for the murder.

But the property’s trustee is found dead and when their client’s mother is arrested for the crime, Robert and Jane are pressed into service. This newly formed investigative team is adjusting to private eye status. Robert is a former lawman who no longer carries a badge and Jane is a kindergarten teacher.

When the investigators dig into the mysterious happenings in the mansion, they are convinced the police arrested the wrong person. Topazus, which withstood the ravages of a Civil War, is imbedded with bitterness, deception, and an array of suspects.